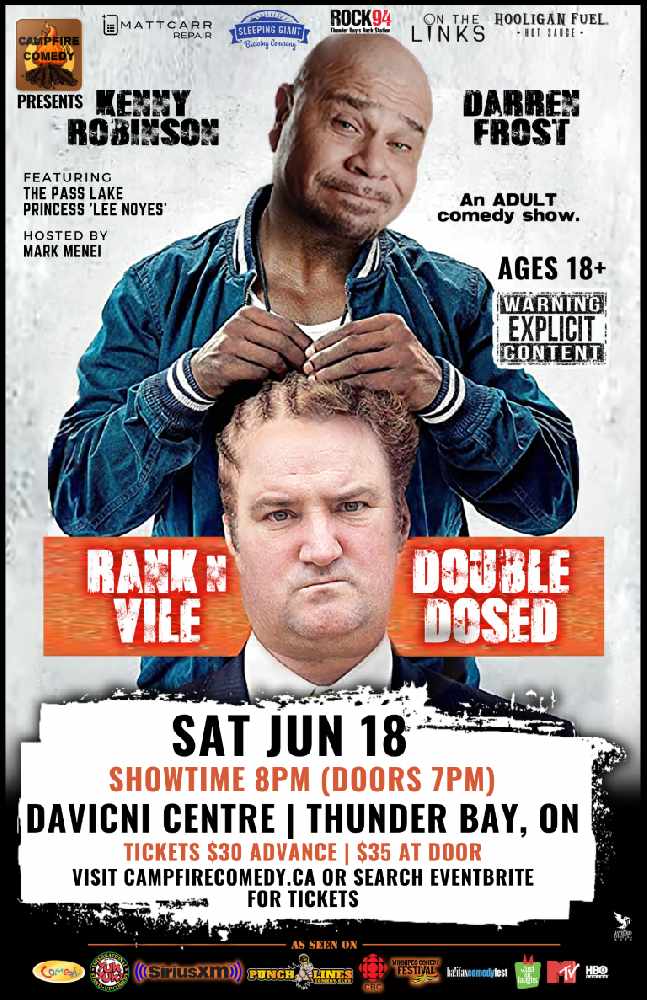 Rank N' Vile is a double headliner show starring Darren ”Little Man Hate” Frost and Kenny “The Raging Bull of Comedy” Robinson. Veterans of the Canadian comedy circuit with festivals, TV shows, movies and a fist full of rave reviews under their belts, Kenny and Darren are known across the country for their profane opinionated brand of “in your face” style and social commentary. With sold out shows at the Winnipeg Comedy Festival and with a combined 50 years of comedy experience in Canada, this show is bound to push your buttons and expand your horizons. The most outrageous, fearless, and laugh provoking material blasting from their mouths that you won’t hear on a comedy stage anywhere else.

More Information (Rock 94 is not responsible for external websites)

More details for this venue

The event runs from 8:00pm to 10:00pm on the following dates.
Select a date to add this event to your calendar app.